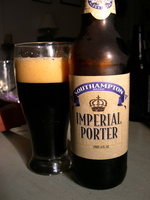 Long before I moved to Long Island and discovered an
unwavering passion for all things wine, I was a beer-drinking
fraternity boy, but not exactly like the rest of my brothers. While
they were swilling the cheapest, coldest beer they could find in cans,
I was the guy who would buy a different kind of beer almost every
weekend, including any import or microbrew I could get my hands on in
my college town in rural northwestern Pennsylvania.

Back then, if I did drink wine, it was likely a cheap, flabby
Chardonnay, most often from Australia, with enough sweetness to please
my then-unrefined palate. Of course we also drank our share of Mad Dog
and Thunderbird, too. We were kids, and we didn’t know any better.

I still drink beer regularly – at ball parks, after my weekly softball
games or at parties when the wine is awful. More often than not, I
drink light beer these days to bring some control to my caloric intake.
There’s still nothing better on a hot, humid summer day than an ice
cold beer that you can chug down in a few minutes. But it’s been a long
time since I really thought about the beer I was drinking.

So, when given the opportunity to review a few of the many beers and
ales produced by the Southampton Publick House. I was
admittedly a little nervous. I mean, I can recognize black cherry and
earthy character in a fine pinot noir, but did I have the senses (and
vocabulary) to review beers?

The answer is a resounding yes. Years of scrutinizing each and every
sip of wine has honed my sense to the point that it apparently doesn’t
matter what’s put in front of me. I can find the nuances. I was
surprised……but happily so.

The Southampton Publick House Secret Ale is a dark, rich amber in the
glass, with a dense, creamy and long-lasting head. A malty, slightly
sweet nose gives way to a creamy, medium-bodied ale that features a
hoppy finish that lingers. While many American-made brews feature
carbonation levels found in Champagne, this Altbier-style brew is only
slightly fizzy, making it less refreshing but great for savoring,
especially with German cuisine.

Much darker, an almost-black brown actually, the Southampton Publick
House Imperial Porter had a slightly bitter nose of dark chocolate and
espresso. The first sip reminds me of a Skor bar – toffee, chocolate –
with a cup of dark, slightly bitter coffee. This is an even richer
pour, made in an “Imperial, Baltic style.” Again, this one isn’t
overly-fizzy, and that’s a good thing. I really enjoyed the beginning
and mid-palate, but it faded a bit quickly for my tastes. 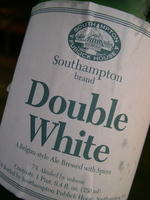 My favorite of the tasting, the Southampton Publick House Double White
Ale, looks like any white or wheat beer should look – cloudy and
lightly golden. Even if you didn’t know that it was brewed with spices
and orange peel, it’s obvious the moment your nose approaches the
glass, with mandarin oranges accenting yeasty, bready aromas. It’s
slightly fuller bodied than I expected but reminiscent of other
Belgian-style ales I’ve tasted in the past. In lieu of a lemon slice, a
traditional addition to wheat beer, I tried a slice of lime with good
results. This is a terrific summer sipper, even if it’s not quite as
complex as some other ales of its ilk.

Lastly, I sampled the Southampton Publick House Belgian Style Grand Cru
Strong Ale. Almost without any froth or head at all, it’s cloudy like
the white ale, but it’s a much darker, almost bronze color. It has the
highest alcohol of the beers I tried, weighing in at 9.5 percent abv
(alcohol by volume), still less than most wine, but the nose is sweet
with nectarine juice and sweet apple cider aromas. On the palate, the
alcohol level is evident, but the juicy, cidery character is there,
too. This was probably my least favorite of the lot, but I think I’d be
tempted to serve this with aged cheddar cheese.

The Southampton Publick House sells its products in more than 40
specialty beer bars and restaurants throughout Long Island and New York
City. Keep an eye
out for a new Imperial Pale Ale (IPA) in mid-September.