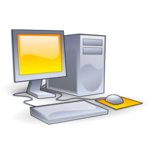 Warning: What follows is a frustration-induced rant. You’ve been warned.

My ‘day job’ is in Internet marketing and I’ve long been a believer in the power of the Internet as an affordable tool organizations of most any size can leverage to increase profits and customer loyalty. But, they should also maintain their websites, or they can have the opposite effect–alienating customers.

I guess that I’m saying that I think every company should have a Web presence, but only if they are going to bother to pay attention to it. If that isn’t part of your plan, don’t spend the money on a site. Seriously. The Internet is enough of a content graveyard without your useless site.

What has me so frustrated today?

It’s simple. Because of my previously mentioned day job, most of my writing and blogging research is done via email. I just don’t have the time/opportunity to conduct phone interviews very often. I rely on information posted on websites and contact forms/email addresses listed on them. So, when I fill out online forms multiple times or send emails to published addresses only to be ignored, it frustrates me. Especially when we’re talking about as competitive industry as wineries.

There is one local Long Island winery–I won’t name names at this point–who I have tried to contact at least a dozen times via their online contact form. I’ve also tried to use their published email address. I haven’t gotten a response in the three-plus years I’ve been trying. I’ve even left voicemails for this winery. Nothing.

I know that I don’t write for the New York Times or Wine Spectator, but I expect some sort of response. Heck, just as a wine consumer I expect one.

This winery isn’t alone in pathetic websites however. There are also several wineries who have wines listed that have been sold out for well over a year and that list events that happened almost a year ago.

Local restaurants can be just as bad. I was on one site recently that listed the current seasonal menu from last summer. And restaurants seem to be particularly bad about returning emails.

I know. I know. Many wineries and websites are short staffed and they just don’t have the time or manpower to keep up with their websites. That’s the easy excuse.

Fact is, people in my generation and younger use the Internet to plan trips to wine country, to buy wine, and to get their information.

Maybe these wineries and restaurants should stop spending thousands of dollars a year advertising in many of the marginal print publications locally and use a little bit of that money on their websites. My guess is that their return on investment would increase quickly.

End of rant…at least for now. I may need to do further research to find out just how bad some wineries are at using the Internet to interact with customers.