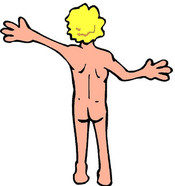 I know that it’s taken me a while to get this roundup written and posted, but my back is finally feeling pretty good and I’m able to sit up for long periods of time. That’s certainly good news and something to drink to, right?

Thank you to every single blogger (or non-blogger) who has ever participated Wine Blogging Wednesday. What started as a simple, fun idea (and a rip off of a Is My Blog Burning) has make it through 36 iterations and is still going strong. It’s been a ton of fun and there are some fun things happening at WBW headquarters, check it out now and often.

This roundup isn’t as in-depth and creative as I had planned, but I didn’t want to wait any longer to get it posted. So, without further adieu, I give you the 32 participants in WBW #36.

Tom Merle and his San Francisco Wine Enthusiasts Group tasted several chardonnays -— six naked and six clothed— with interesting results. This sounds like a fun exercise for any wine lover.

Garry from Tales of a Sommelier went down under to Australia and tasted Pitchfork Unwooded Chardonnay the second label from Chalk Hill Winery in the McLaren Vale of South Australia.

Up in Boston, Bryan of Vinilicious takes us back to Australia with a bottle of 2005 White Knot Chardonnay .

Oh Marcus, why did you do it?!?! Yes, Marcus of Doktor Weingolb took the theme "Get Naked" waaaaay too seriously, tasting Domaine Fichet Mâcon-Igé Château London Chardonnay 2005 …in the nude.

The good Doctor— Dr. Vino brings us a wine that I’ve had before and enjoyed— Drouhin Chablis 2006 .

Marta from the RecentlyConsumed blog— one that I’ve never visited before— tasted a widely available Aussie white, The Wishing Tree Unoaked Chardonnay 2005 .

Brad from In Bottles tasted three different naked chards— two from California and one from France .

Another long-time WBW participant, Tim over at Winecast picked up a bottle of Hess Collection 2005 Chardonnay from Monterrey.

One of my must-read wine bloggers, Jeff from Good Grape, shunned a $35 naked chard and went with 2005 Macon-Lugny “Les Charmes” Chardonnay

Kathleen Lisson ignored her boyfriend’s love of oaky chard and chose a New York wine, a Wagner Vineyards 2005 Chardonnay . Maybe we can convince her to move her blog off of MySpace?

Farley from Wine Outlook went naked AND bargain, picking up a bottle of 2005 Evans & Tate Underground Series Unwooded Chardonnay for $4.

Jill from domaine547 tasted two naked chardonnays and yep you guessed it, they came from France and Australia .

Sue from Wine of the Week takes us back to Kiwi wines with Ra Nui Marlborough Chardonnay 2006 .

It won’t come as a shock to anyone who read’s Brooklynguy’s Wine and Food Blog that Neil chose two French wines . I think I would have had a heart attack had he not!

Michelle over at My Wine Education found a fun way to take the "naked" theme even further, picking up a bottle of 2004 Trevor Jones Virgin Chardonnay from Australia. Virgin. Naked. Get it? And, she loved the wine.

Serge the Concierge picked up a bottle of the first Chilean naked chard so far in WBW, 2006 Kono Baru Chardonnay

Bryan of Water Into Wino has given us his first WBW wine from the Niagara Escarpment, a bottle of Eveningside Vineyards Chardonnay 2006 . That makes three New York wines this time around (including my own).

Another of my favorite bloggers (a seemingly endless list these days!), the Cork Dork brings us a California wine— Blockheadia Ringnosii All Tank Chardonnay, Napa 2005 . I didn’t now that CA winemakers knew how to live without oak barrels.

Tim from cheapwineratings.com reviewed five unoaked chardonnays in the $10-13 range and from all different regions.  And here I thought I was being a WBW nerd by trying two from two regions.

Dr. Debs (yeah, there are two doctors in the wine blogging world) from Good Wine Under $20 drank the 2006 Toad Hollow Francine’s Selection Chardonnay from Mendocino County.

Ryan and Gabriella over at Catavino, our favorite source for Iberian wine info, took a one-day break from a month of Portuguese wine to taste 2006 Mas Tinell Chardonnay from the Penedes region of Spain.

Sonodora from Wannabe Wino got naked with us as well (and she drank local) picking up a bottle of Breaux Vineyards 2005 Madeleine’s Chardonnay from Virginia.

Alex from Huevos con Vino (another new blog for me) tasted 2005 Mer Soleil Silver Unoaked Chardonnay and provides a ton of great information about the wine.

Wino Sapien takes us back to Australia for a bottle of West Cape Howe 2006 Unwooded Chardonnay .

And the last item of the roundup is my own contribution. I tasted two unoaked chardonnays , one from California and one from Long Island (of course!).

Wilf at Wilf’s Wine Press picked up two different wines, both from BC.