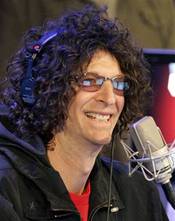 I’m a Howard Stern fan and have been for years. I think I was just finishing high school when I heard him for the first time. And, Nena bought me a Sirius radio just so I could listen every day.

Of course, now that Jackson repeats much of what he hears, I don’t listen as often on the way into work (because he comes here with me for school). But, I can listen to the replay on my way home, so I can still keep up with what’s going on on the show.

Wait, how the heck is this wine related? Well, it turns out that Howard was talking about going to an event at the Friar’s Club in Manhattan on Monday night, and event where Michael Lynne was pouring wines from his Long Island winery, Bedell Cellars. Of course anyone who knows anything about Howard knows that he complains incessantly about having to go to any sort of function like this, but he did say that Bedell’s "champagne" was very good.

Didn’t know that Bedell makes a sparkling wine? Well, it hasn’t been released yet, but it’s a blanc de blancs and is named B3 (Bedell Blanc de Blancs). Hopefully I’ll get to taste it soon and give you a full report.

For now, I guess you can take Howard’s word for it. Or not.