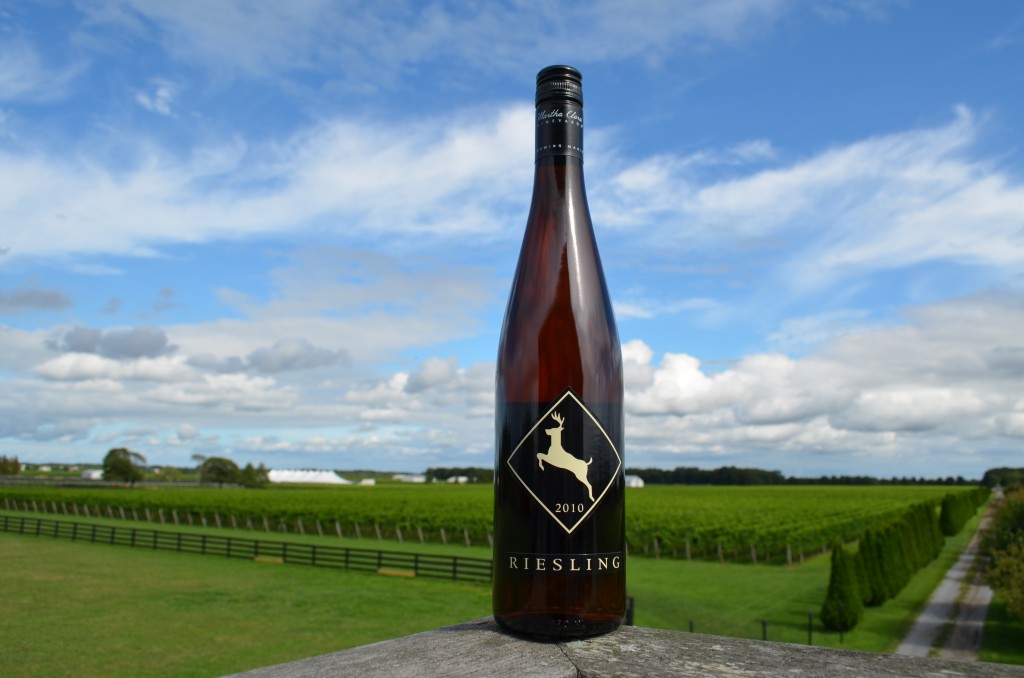 Martha Clara Vineyards on the North Fork of Long Island has won this year’s Governor’s Cup for best New York state wine, for their 2010 Riesling.

He started buying fruit from Darrymple in 2009 and “In 2010, we purchased more Finger Lakes and produced two rieslings. Our 2010 Estate Reserve is 100% North Fork and the New York State-labeled wine is 100% Finger Lakes riesling from the Dalrymple Farm.  A comparison of the two Martha Clara Rieslings shows you the terroir of the two regions. Both wines are made identically — same yeast, ferment temps, etc.”

The Governor’s Cup-winning riesling was intended for wholesale only, but that has changed with this news. “We will release (it) with a three-bottle per person minimum and six-bottles per person maximum for Wine Club Members at the tasting room,” Micieli-Martinez said.