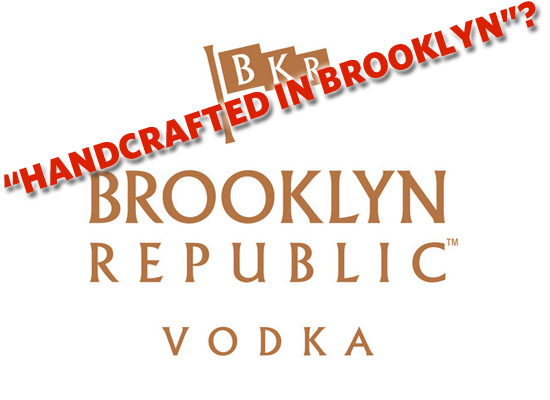 Now the last thing I’d consider myself is a skeptic… although with each passing day, I do find myself a little more susceptible to my BS meter going off.  Some days its a silent companionship, and other days the thing’s a steady buzz of deafening chirps and whistles.

What I do consider myself is an advocate of New York spirits.  If we’re eating locally, then its only natural we follow by drinking locally.  The people I have met that are at the forefront of distilling in the Empire State are renegades.  The wave is a new one.  It wasn’t until 2003 that Tuthilltown Spirits in the Hudson Valley took advantage of New York’s Micro Distilling Law of 2002, becoming the first whiskey distillery in the state since Prohibition.  They distill vodka from apples grown at orchards less than 5 miles away, and whiskeys using grain harvested by farmers less than 10 miles away.  Their challenges (like all spirits producers in New York) are many, and include distributional hurdles, as well as logistical morasses, to wade through to set up shop successfully.

Brooklyn Republic Vodka is a new player on the scene, and just laid their claim in the soil of Brooklyn one year ago.  I was eager to meet them today and taste their wares.  And while my palate was okay with the product (albeit I’m not a huge vodka fan), the meeting left a somewhat sour taste in my mouth.  I have many questions, so I want to hash through this…

The vodka is distilled six times, and is a blend of wheat and corn.  Their products are festooned with the phrase, “Made in Brooklyn”.  This statement excited me, and I started asking questions.  What is the blend?  Where do the grains come from?  The usual stuff.  I found out the following:

They use grain from Upstate New York (yea!)

They use corn from Missouri (eh?)

The distillery is actually in Missouri (hmmm…)

The wheat and corn are distilled separately, six times each

The distillates are then sent to Brooklyn (in separate lots), where they are blended–the proportions being “a closely guarded secret”–and then cut with hyper-filtered Brooklyn water and bottled

Then, on go the labels: “Handcrafted in Brooklyn”

This whole thing doesn’t quite sit right with me.  Is this a “local” product?  Is it really “made” in Brooklyn?  At what point is a spirit “made”?  And the last time I checked a map, Missouri is pretty far from Brooklyn, and I ain’t going to confuse the Ozarks with Flatbush.

However much I wanted a spirit that is made in the city to add to our ever-growing stable of New York spirits at the restaurant, I didn’t buy the product.  I just don’t know if I feel comfortable presenting it to a guest and saying, “This is made in Brooklyn”.

What do you think?