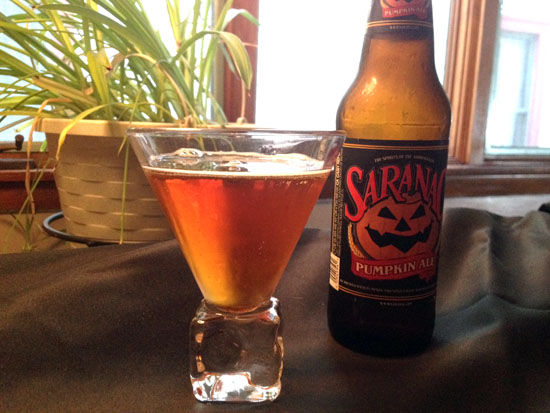 Pumpkin ale is the beaujolais nouveau of the beer world: it’s ubiquitous in the fall and it gets little respect. Beer drinkers complain that they show up too early, and sure, August is a bit early –– but this year August was pumpkin season.

Then they complain that pumpkin ales just don’t taste good. Well, they don’t all taste the same, so that has to be a generalization, unless you hate the taste of pumpkin or pumpkin spices in which case shut your damn mouth. Then they complain that they’re everywhere, which wouldn’t be true if nobody drank them.

I say –– no, I implore: stop the whining. Find a pumpkin ale you like, or move straight on to the winter beers and let us have our fun. Halloween weekend is the perfect time to indulge in a pumpkin ale (they’re surprisingly good with candy, given their sweetness).

There are three sub-genres of pumpkin beer:

The Crossover.
Seasonals are a surprisingly good way to draw macro drinkers away from the dark side. People seem more willing to try an Oktoberfestbier or pumpkin ale, simply because they’re in the fall spirit and the food-reminiscent flavor profile is familiar, then they might be when faced with an IPA or a porter. For this situation –– a party, a tailgate, game night with friends –– you want an easygoing, friendly beer with just a hint of pumpkiny-ness to win them over. Sessionability is key.

The beer: Saranac Pumpkin Ale
More spice than chew, and plenty crisp, this ale is just sweet enough on the midpalate to feel like a fall beer. Like most Saranac offerings it’s the definition of a session brew, and though there are notes of nutmeg and allspice they don’t overwhelm the palate. Citrusy notes balance it out, thanks to the Cascade hops.

The ale. With pumpkin.
Some breweries go the route of the great beer with a kiss of pumpkin, rather than a pumpkin beer per se. Beer geeks have a hard time turning down a well-made beer no matter what the style, so brews like this bridge the gap between the pumpkin-obsessed and the pumpkin-snubbing. This is the beer to include in a seasonal dinner party lineup or add to your high-end restaurant beer list.

The beer: Southampton Publick House Pumpkin Ale
Clean, satisfying, and solid, this is a good beer first and a good pumpkin ale second. My friends and I all enjoyed it thoroughly while getting some work done on a Sunday evening; it shows lovely apricot notes in addition to the fresh pumpkin and pumpkin spice qualities. Individual spices weren’t as obvious as a well-integrated whole.

The beast.
Crank the alcohol, hops, and/or spices up to 11, and you’ll approximate some of the most sought-after beers on the market today; the backlash against “extreme beer” hasn’t erased everyone’s love (including my own) of a good knock-your-socks-off megabrew once in awhile. Add pumpkin, and you’ve created a monster––but better to be divisive than forgettable.

The beer: Southern Tier PumKing
Southern Tier doesn’t pussyfoot around with any one style, and they defined the unapologetic pumpkin beer with their classic PumKing. Chewier, sweeter, hotter than anything else I’ve tasted, with 8.6% ABV and almost a hint of spiced rum along with sweet, yummy pumpkin on the palate, this one has made a pumpkin beer lover out of many a naysayer. I used to say it tasted like walking into your grandma’s kitchen when pumpkin pie is in the oven; I don’t know if they’ve made it heavier or I’m getting older, but now I would add to that scenario that Grandma has also been hitting the rum pretty hard.