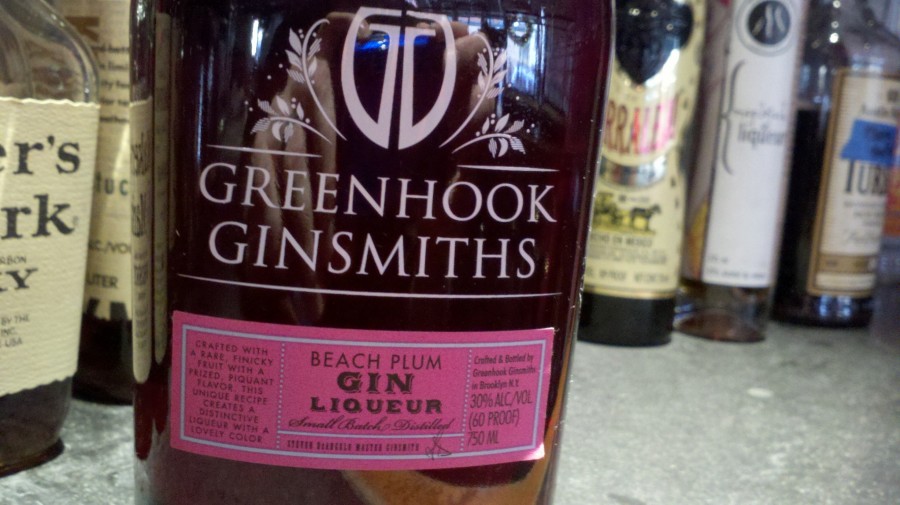 Plums and alcohol have been long-time bedfellows.  The Czechs call it slivovice, the Bosnians call it šljivovica, the Germans Sliwowitz, the Bulgarians сливовица, and the Italians slivovitz.  Be it the myriad of Slivovitz found all throughout Europe, or the famous Sloe Gin of England, plum-based distillates can be found the world over. Perhaps it’s due to the intoxicating combination of sweetness and tartness inherant in the plum; the great equalizer in the natural world, and one that has captured the palates of mankind for centuries.  Rumor has it, that upon lopping off the head of an innocent farmer, Genghis Khan shouted to his compatriot, “Leave the sword, take the plums”.  (And by “rumor has it,” I mean, “I just started it.”)

And so it was, like countless devotees before him, Steven DeAngelo (the Founder of Greenhook Ginsmiths in Brooklyn) fell prey to its charms like Odysseus to the Sirens.  Wishing to make a traditional English Sloe Gin (a “Sloe berry,” also known as a “blackthorn berry” is a tart relative of the plum), his search for a provider of Sloe berries in the U.S. quickly came up empty.  “I located a farmer in the U.K. who had plenty of sloes on his property to pick and ship to us (about 2,000 lbs) but the problem was, he was a dairy farmer and didn’t have any sophisticated post–harvesting techniques.  There was too big a risk of the sloes arriving to me spoiled and me losing $15,000-$20,000 in fruit, so I scrapped it…”

DeAngelo regrouped and circled the wagons.  And strangely enough, after all his international fruit combing, he winded back up on the very shores he calls home: New York state.  What Steven found is a fruit known as the Beach Plum.  Yes, you heard that right, and, no, it’s not what you call a lazy plum who only gets off the couch to hit the bong or high tide.  The Beach Plum is a close relative to the Sloe and the Damson (another New York state plum variety which is used by the American Gin Company to make their Averell Damson Gin Liqueur); the Beach Plum has a deep-rooted history in our state, even so far is to have been written about in the diaries of Henry Hudson and Giovanni da Verrazzano when they first explored New York Harbor.  Steven had found his fruit.  “When I learned they were close relatives of sloes and damsons, I thought it would make a cool, local, artisinal twist on a sloe gin.”

After the Beach Plums arrive in Brooklyn from just down the street in Long Island, the Greenhook Ginsmiths Beach Plum Liqueur is made from a 7-month, whole fruit maceration.  Using the entire plum, including the pits, “adds an extra level of complexity from the bitter almond flavors of the pits,” says DeAngelo.

Pouring a brick, burnt red color in the glass, with notes of vibrant, candied, stewed plums on the nose, the Beach Plum Liqueur is surprisingly aromatic. On the palate, a viscous mouthfeel with a tart cleanness that zips away the sweetness like a trusty windshield wiper in a rain storm. It actually reminded me of Luden’s cough drops (a good thing), those near candy-like throat lozenges that as kids we all fight over when anyone whipped out a box on the playground (I defy anyone to prove to me those are actually medicine…)

Sometimes one needs to travel the world to realize the beauty that lies in our backyards.