TasteCamp 2013 heading to Québec
Fifth edition of event will take place May 17-19, widen scope to cider, beer and food

The organizers of TasteCamp are proud to announce that the fifth edition of the event will take place in Québec, Canada, on May 17-19, 2013. After visiting Long Island and the Finger Lakes, the Niagara Region and Virginia, this weekend of regional discovery will visit the regions around Montreal in search of great wine, but also of cider, beer and various food specialties. 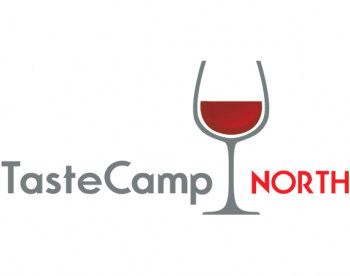 Over 35 bloggers and writers are expected for TasteCamp Québec, which will provide participants with the usual mix of great meetings with producers, grand tastings, vineyard (and orchard) visits and, of course, one of the great traditions of the event, a BYO dinner where good bottles and camaraderie are at the heart of the program.

Lenn Thompson, TasteCamp founder and New York Cork Report executive director, explained that: “My interest in taking TasteCamp to Quebec was born one evening during our Finger Lakes edition when Julien Marchand — who is helping us organize the event this year — poured an ice cider for me. It was an entirely new category of artisanal beverage for me. I wanted to know more and it served as a reminder that TasteCamp needn’t be strictly about wine. I’m excited to explore one of North America’s great culinary regions this year.”

Québec wine writer Rémy Charest, a member of the TasteCamp organizing committee since 2011, added that “to showcase all the creativity and quality that has emerged in Québec food and drinks, it was essential to go beyond wine and cover things like ice cider and other unique and remarkable honey, maple or berry-based concoctions. Not to mention cheese and more. Participants will clearly be experiencing things they can’t find anywhere else.”

TasteCamp organizers are preparing a diversified, solid program that will reach areas North, South and Southeast of Montreal, in the Lanaudière, Montérégie and Eastern Township regions, as well as Montreal itself.

Among the confirmed stops, a presentation of the thirty-year history of winemaking in Québec will be provided by one of its founding figures, Charles-Henri de Coussergues, head of the Vignoble de l’Orpailleur, established in 1982. A winery and vineyard visit will be followed by a lunch and grand tasting of Québec wines and other artisanal beverages.

Two other well-known Québec wineries, Vignoble Carone and Vignoble Les Pervenches will be holding vineyard visits and tastings for TasteCamp participants. Carone will also be hosting a lunch and grand tasting.

On Sunday, at their final stop, TasteCampers will be treated to some of the best ice ciders in Québec with a stop at La Face Cachée de la Pomme, in Hemmingford, where lunch will be served and neighboring producers will also be present.

Other confirmed participants include Vignoble des Négondos, an organic producer located north of Montreal; Vignoble d’Oka, a maker of solid, award-winning red wines;  and Vignoble du Marathonien, whose icewine is one of the most celebrated wines in Québec. More announcements will take place over the coming weeks, as TasteCamp nears.

This year’s BYO will take place at one of Montreal’s most exciting restaurants, located in a unique cultural venue. Headed by well-known chefs Michelle Marek and Seth Gabrielse, the Foodlab located at the Société des arts technologiques (technological arts society or SAT) will offer a dinner showcasing a wealth of local products, adding a tasty regional touch to this more informal part of TasteCamp. SAT Foodlab will be entirely reserved for the TasteCamp dinner.

The home base for TasteCamp participants will be at the heart of Montreal, providing an opportunity to discover the city’s renowned cultural life, restaurants and nightlife. Rooms have been set aside at Hotel Zéro 1, at a very reasonable rate (the lowest of any TasteCamp edition so far).

The concept for TasteCamp, created in 2009 by Lenn Thompson, executive editor of the New York Cork Report, is a simple one: getting enthusiastic journalists and bloggers together in a region that is new to them, to taste as much of the region’s offerings as possible and speak to as many winemakers and producers as possible over the course of a weekend.

Most emerging regions in the world would love to get their products in front of new audiences, but it can be a challenge. With TasteCamp, the new audience comes to them.

This is not a junket — attendees pay their own travel expenses, including their hotel rooms and meals.  Through generous sponsors, some meals may be deeply discounted.

To participate as an attendee, contact Lenn Thompson at lenn (at) newyorkcorkreport.com

To participate as a sponsor, contact Rémy Charest at remycharest (at) mac.com.

Lenn Thompson at lenn (at) newyorkcorkreport.com or

Remy Charest at remycharest (at) mac.com.