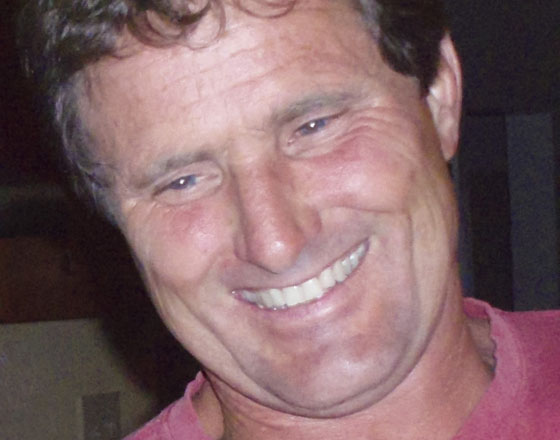 In the final days of his life, when 53-year-old Paul Wellington didn’t have the strength to feed himself, Tom Higgins would make the drive over and offer to hold Paul’s bowl, or spoon. Or his hand. Higgins had become a close friend of Paul Wellington and his wife, Carol Prendergast-Wellington. Wellington was the skilled grower and vineyard manager at acclaimed Hobbit Hollow Vineyard on Skaneateles Lake. At first, Higgins loved the fruit. In the end, Higgins loved the man.

Wellington passed away on May 15 after a rather lengthy battle with brain cancer. His death is a blow to the Finger Lakes wine industry, particularly in light of the high standards he brought to work each day.

By now it’s cliche to say that “no one thought it could be done,” but when it comes to Wellington’s work, it’s just about true. Skaneateles has never been a hotbed of Finger Lakes viticulture. The lake is shallower, so the mitigating effects aren’t as pronounced. Ripening fruit is more difficult.

Paul Wellington didn’t care about any of that. He grew up a short drive from Hobbit Hollow Vineyard. He was going to grow world-class fruit there.

And he did. Just ask Higgins of Heart & Hands Wine Company, or Morten Hallgren of Ravines, or any number of winemakers who purchased his fruit. They speak highly of Wellington’s viticultural skills, and his ingenuity.

“Paul rigged up a way of dumping the picking lugs on an elevator on a wagon, and filling the bins,” Higgins said. “This saved the always uncomfortable exchange between the person on the ground and the person in the moving wagon. You should really see it.”

Higgins was one of the first to proudly stamp the Hobbit Hollow name on his bottles of pinot noir, raving about Wellington’s vineyard management. But Higgins always raved about Wellington’s character first. “He was a truly wonderful man. I remember one day I was discussing with Paul how I was going to be finishing out the planting of our pinot in the upper block with a shovel. The next day, he drops off his water wand planter — it was a tank on a trailer with a pressure washer and a metal rod to create the perfect hole for planting. I never knew it existed, and he never told me he was going to be dropping it off. He just that kind of guy.”

Higgins added, “It literally saved me days of planting and he refused anything but a bottle of wine in return.”

“To my knowledge, this was the first vinifera planting on Skaneateles Lake, starting in 1999,” Morten Hallgren said. “It’s one of the most promising sites in the Finger Lakes. Paul’s beautiful lakefront vineyard was maintained to the level of a golf course.”

As Paul’s wife Carol spoke about her late husband, she seemed to radiate the joy that Paul routinely expressed while in the vineyard. “He was so happy there, even though it wasn’t what he studied to do,” Carol said. “He traveled and learned and always wanted to bring that knowledge back home. He cared so deeply.”

Carol said that despite Paul’s illness, he wanted to work the 2012 harvest, even if that meant struggling with his strength. “He just never wanted to stop working,” Carol said, laughing. “He’d stop at the end of the row and laydown fall asleep for a while — and kept going  until the job was complete, regardless of how long it took. You couldn’t take him away.”

Hobbit Hollow Vineyard is owned by Mike Falcone, who was willing to invest in the land and trust Wellington’s judgment. The vineyard will have a new manager, and Carol says the standards will remain. “That’s Paul’s legacy,” she said. “It will live on, and we’ll always feel his presence.

As good as the fruit was that Paul grew, the mark of a great grower is their relationships with colleagues and winemakers. Carol marveled at the commitment of Paul’s friends in his dying days. “Tom Higgins was there, every day,” she said. “It was so touching. It meant so much to Paul, and to me.”

Paul’s obituary is worth reading. Carol revealed that she didn’t write all of it; Higgins wrote part too. “Those are Tom’s beautiful words,” Carol said. “Isn’t that amazing? What a friend.”

“We are devastated with this loss,” Higgins said. “But we’re comforted to know that he is no longer in pain.”

Wellington’s passing will make the 2012 vintage bittersweet. It was a stellar year, and winemakers will ensure that Paul’s work lives on. There will be bottles marked with the Hobbit Hollow name, and for a while they will sleep comfortably in cellars, in refrigerators, in tasting rooms. Then some day, years from now, someone will open a bottle of wine sourced from Hobbit Hollow Farms, and they will understand Paul Wellington’s work, even if they never met him.