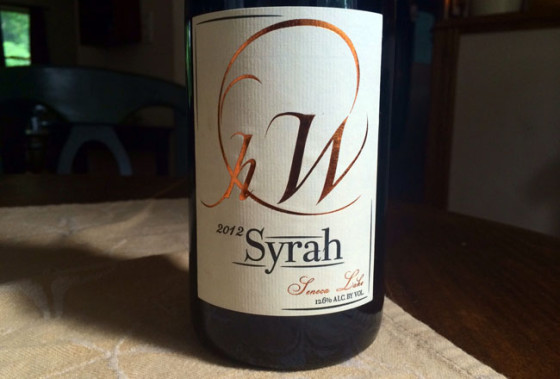 It’s easy to get caught up in all of the delicious white wines — not just riesling, mind you — coming out of the Finger Lakes and assume that the red wines just aren’t very good. Several folks charged with selling Finger Lakes wines of all styles lament this fact quite openly when you speak with them or interact with them on the interwebs.

It’s a common misconception, but like many is based at least in part on facts. You can throw “cool-climate” around all you want — and many do — but if you’re working with the wrong varieties on the wrong sites and then make things worse in the cellar, you’re going to end up with mediocre (at best) wines no matter where you are in the world. It’s true that compared to the region’s rieslings, most Finger Lakes reds come up short. Couple that with America’s (and many writers’ and tastemakers’) continuing thirst for rich, extracted red wines and it can be tough for the Finger Lakes to get the right kind of attention for its red wines.

That’s a shame because if you’re paying attention and know where to look, there are some really beautifully restrained, food-friendly reds being made in the Finger Lakes, Hector Wine Company 2012 Syrah ($28) among them.

Some have suggested that syrah shouldn’t “work” in the Finger Lakes, but in at least one place — that being Sawmill Creek Vineyards on the eastern shore of Seneca Lake — it does, particularly in warmer seasons like 2012. The fruit for this balanced, slightly savory red came from that well-regarded vineyard.

Aromas of black and blue berry fruits are joined by black pepper spice, savory smoked meat and a sprikling of just-rained-on soil on a taut but still giving nose. Medium bodied with medium tannins and fresh acidity, the palate offers flavors that match the nose with a bit more of the smoked meat coming through. It shows great balance and freshness as well as a long, savory-spiced finish.

This is a young wine, but I suspect that it will continue to evolve and improve for several years to come in the bottle. Sadly, I don’t think it’s going to last that long in my cellar.