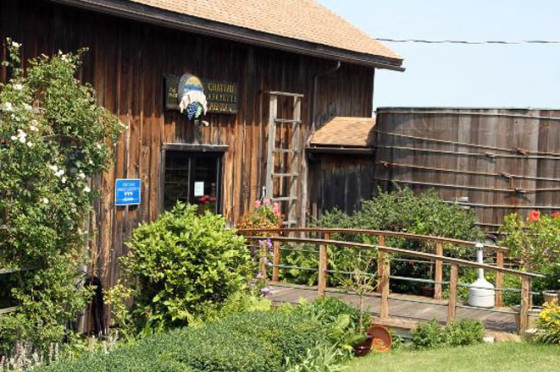 The most prestigious award in New York wine went to Chateau Lafayette Reneau, a wine producer that can boast some of the finest vineyard land in the Finger Lakes.

CLR won the coveted Governor’s Cup for their 2013 Semi-Dry Riesling. The wine edged out several other best-in-category winners, including two wines developing a strong pedigree: Macari’s Cabernet Franc (this one the 2010 vintage) and Anthony Road Dry Rose (the 2013).

It will be interesting to see if this award affects CLR in any significant fashion. In many ways, CLR feels like it has been frozen in time, from the antiquated labels to a tasting room experience that is quiet and unpretentious. My first stop there, eight years ago, was bizarre. The door was open during regular daytime hours, but no one was there. The tasting room was like a church.

If you search Twitter for Chateau Lafayette Reneau, you won’t find them. You’ll find their owner. Oddly, they’re on twitter, under only Chateau Reneau. Most of their recent tweets (there aren’t many) are advertisements for wine competition medals. The winery website offers more of the same.

Change is afoot, with the sale of CLR last year to Gene Pierce, who also owns Glenora (on Seneca Lake) and Knapp (on Cayuga). The three-headed winery operation now promises to provide nearly 75,000 cases of wine annually, but that figure is probably unrealistic in 2014, given the weather.

Pierce closed his purchase of CLR last October, right in the middle of harvest. The grapes came in following a difficult and wet season, but the harvest season was relatively uneventful, and clearly the CLR riesling lineup is finding success. For Pierce, the Governor’s Cup is a remarkable achievement for his first vintage as owner of CLR.

If history is any guide, the Governor’s Cup winning wine will vanish quickly.

There is nothing particularly surprising about a semi-dry riesling winning the cup. We’ve written about this phenomenon before; in large tasting events, certain wines stand out. On the red side, big and rich wines are more easily noticed than subtle, nuanced wines. On the white side, sweet and rich wines more often win over the critics.

Tim Miller is the winemaker at CLR, and to my knowledge, this is his third Governor’s Cup award, and his second for a semi-dry riesling. Has any winemaker matched his total? I don’t know, but I don’t think so. Tim is known as a solid, humble guy. He’s not flashy. He just about perfectly matches the winery for which he has worked for two decades.