An artist can only do so much without an understanding of art history. A ﬁlmmaker is limited if he or she hasn’t seen the great ﬁlms of all time. And winemakers, we can assume, are holding themselves back if they’re not familiar with the great wines of the world — particularly the great wines made with the same varieties they’re using.

Justin Boyette spent the month of April in Europe, touring wineries all across France. I spent some time with him in Provence, where we talked about what can be gained from this kind of trip.

Besides a damn good time, of course.

NYCR: Where did you go during your month in France?

JB: I spent the ﬁrst week in Brittany in the north of France. This area is known for its hard ciders, but I was only able to try a few. The second week I toured wineries throughout the length of the Loire Valley. The last ten days were in Provence in the south of France.

NYCR: Which visits stand out most, and why?

JB: Chateau St Cosme (in Gigondas) and several areas of the Loire especially. Bourgueil and Chinon. It was great to ﬁnally visit St Cosme because of our working relationship and to be able to see all that we have been talking about for the past six years. 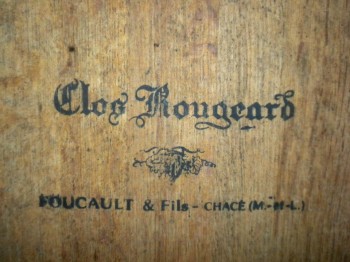 NYCR: Will your approach to winemaking be affected by your trip?

JB: I am not sure that my approach will change, but I feel like several things I saw conﬁrmed what we have been trying to do with our wines at Hector Wine Company. I would say the trip has encouraged me to expand on our use of natural yeast for fermentation, and it stressed the importance of our hand-sorting of the grapes. Also, the use of more large-format oak and neutral oak in the production of both white and red wines.

NYCR: Many Finger Lakes winemakers do not travel abroad to wine regions. Why would you suggest they change that?

JB: I believe more Finger Lakes winemakers have traveled through wine regions than you are aware of. In fact, there were quite a number of them on our trip though the Loire.

More trips would be productive because I think the Finger Lakes region has more in common with the northern areas of France, Germany and Austria than most other wine-growing regions throughout the world. With this in mind, we should take advantage of what has already been learned for us and use their experience as guidance for our region as we move forward.

JB: The Finger Lakes has several areas where we can get better. A lot of work has been done in the vineyard but a lot can still be done. We need to work hard to control our crop loads, especially in reds. In some cases, people are still growing reds at crop levels that are even higher than in warmer growing regions, and then they are surprised by the lack of consistent quality.

Also, I think more care needs to be paid to all the varieties a winery produces. I hear too many people say its just so-and-so grape variety, so it doesn’t really matter how it’s treated. We saw enough small wineries to believe that there is a great deal of care being put into all of the products they’re making.