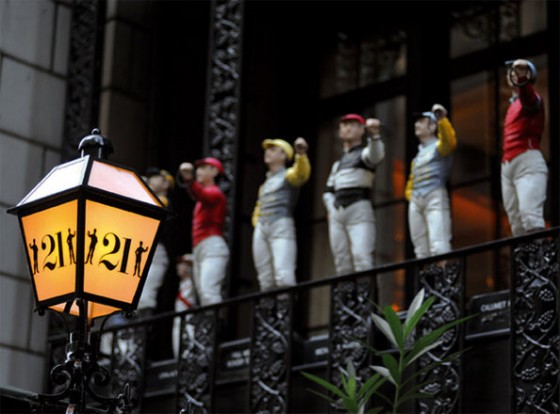 21 Club, a legendary Manhattan establishment, is famous for two things: a succulent burger and the three martini lunch. A classic place to drink your meal, three Long Island wineries will be in good company as they showcase some of their best on this hollowed ground of Prohibition-style imbibing.

On select Mondays this summer, the restaurant will host wine and hors d’oeuvre pairings for Bedell Cellars, Onabay Vineyards and Pellegrini Vineyards. Sample new bites from Chef Greeley selected to compliment each vintage and varietal, while sipping local wine and picking the brains of experts from each winery.  Canapés, good wine, all in a famous locale.

It could be an outpouring of support and successful evenings will inspire 21 to add New York State wines to their storied lis….which currently has only four Empire State bottles for sale.