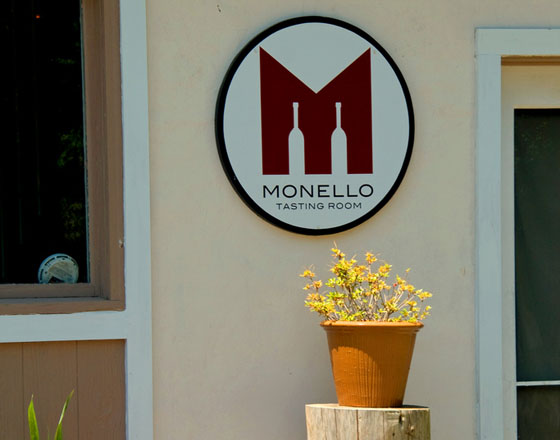 Grace Mirchandani was kidding, obviously. Or at least being flippant. Or maybe she was serious, while cautiously presenting her comment in the veil of humor. It was an average day in 2010 on Seneca Lake, and she was out for a drive with her family, including her husband, Rohit. That’s when she saw it, and that’s when she said it.

They had come across a property that was for sale. It was a house that included a large garage, a nearby barn, and an expansive lot with a lake view. “I could put a winery there,” she said.

Much to her surprise, her husband responded quickly: “All right.”

And so they did, just at the time that some wine writers (ahem, Lenn Thompson and Evan Dawson) were speculating that several Finger Lakes wineries would soon close due to a saturated market.

On the eastern side of Route 14 near the town of Torrey, NY sits that modest, one-story building.  A white sign with a large letter “M” announces to visitors that they have arrived at Monello Winery. Monello, which translates roughly as “brat” from Italian, is small, even by boutique winery standards. The primary structure on the winery’s property is that converted garage, which serves as the winery’s tasting room today. But size limitations haven’t prevented Monello’s owners, the Mirchandanis, from having big plans. Monello opened in November 2011.

Today, Grace is the winery’s only full-time employee. A self-professed “Jill of All Trades,” her previous vocations have included broadcast journalist, boutique owner, jewelry sales manager, loan officer, freelance writer, nurse and soldier. It was during her stint as owner of an Indian Boutique that she developed a friendship with two of her customers, Vinny and Kim Aliperti, owners of Billsboro Winery. That friendship eventually led to a job in the tasting room at Billsboro and set her on the path to owning her own winery today.

“I discovered that I had a palate that I never really knew I had,” Mirchandani said.  “But my strength was in being on the floor and working face-to-face with customers.  I really enjoyed trying to make people feel at home.”

For Monello, that means that no one leaves the winery without tasting something. “If the customer is the designated driver for a group, they get juice, water or soda,” explained Mirchandani. Customers who say they only like sweet wine are offered Monello’s Semi-Dry Riesling and port-style wine. The premise behind that simple philosophy is that Mirchandani never wants anyone to feel like they stopped at a place that had nothing for them. She typically refers to visitors as “guests.”

As a small start-up, there are no winemaking facilities on-site, so the Mirchandani’s have partnered with Aaron Roisen, winemaker at Hosmer  Winery, to produce their wines. Mirchandani said that her goal in choosing a winemaker was to find someone who “nails it every time.” After meeting Roisen, she felt sure that he would do just that.

Mirchandani has also partnered with Jenna LaVita of Ventosa Vineyards to produce a Pinot Gris and Dr. Mark Karasz of Rock Stream Vineyards to produce a port-style wine. She credits her work with the Aliperis at Billsboro for setting the example of how to work together and said, “Kim is masterful at maintaining relationships and has had a strong influence in helping me to remember how important that is.”

Today, the Mirchandani’s offer six wines under the Monello label:

Semi-Dry and Dry Riesling – both are classic renditions of the Finger Lakes’ flagship wine
Seyval Blanc – an easy-drinking wine with subtle citrus notes
Pinot Gris – a light-bodied wine with good acidity and balance
Cabernet Franc – smoky, with hints of cherry and plum.  Mirchandani says “It’s a beautiful wine.  It’s tannins have mellowed and the cherry presence is in your face.”
Port – a solid effort laced with hints of chocolate and raisins

The winery will soon be releasing two new wines: a Dry Rose and a red blend called Pella Rosa (The Red Head).  Both are collaborative efforts with Roisen. 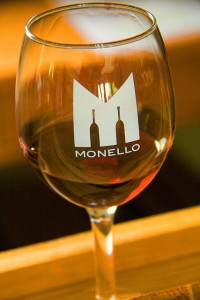 Although Mirchandani has high praise for her Finger Lakes partners, her goal is to develop on-site winemaking facilities and vinification expertise at Monello. Establishing personal credibility as a proficient winemaker and gaining recognition of Monello as a producer of quality wines is one of her biggest challenges. “I want to know that I have earned my way into a place of being considered to be an excellent red winemaker in the Finger Lakes,” said Mirchandani.  She cites Billsboro’s and Atwater’s Aliperti and Steve Shaw of Shaw Vineyard as the benchmark for Finger Lakes red wine makers.