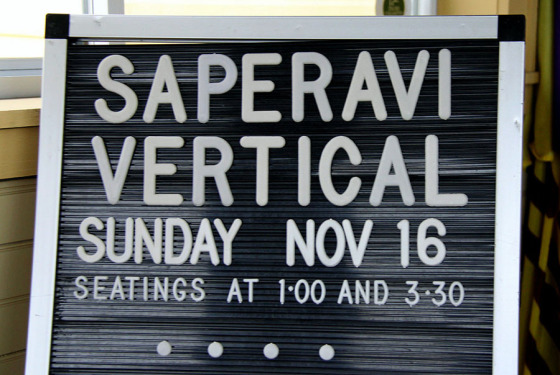 The titles on Marti Macinski’s business card read “Co-owner” and “Winemaker.” But it would be easy to understand if they included “Historian” and “Educator” as well. Ms. Macinski, who along with her husband Tom has owned and operated Standing Stone Vineyards in Hector , NY for more than twenty years, is well-versed in the modern history of winemaking in the Finger Lakes region. It is a subject that she has not only studiously researched, but has also helped to shape since the early nineteen-nineties.

The Macinski’s are self-described “wine geeks” who have applied a scientific approach to their viticultural and winemaking practices. Tom, who is a chemist by education and Marti, a former attorney, decided to hold back at least five cases of each wine from each vintage, beginning with Standing Stone’s very first releases. Their idea was that over time, the growing library of wines would allow them to sample the wines in order to study and analyze the effects of aging. As the library grew, the Macinski’s decided that they wanted a more organized way to share the “geeky wine stuff” that they were learning with their customers and others.

From that notion, the idea to host organized vertical tastings was born.

Marti refers to Standing Stone’s vertical events as “winemaking in public” due to the open nature of the tastings. The wines are presented as they are with each taster left to form their own opinion of them. Tasting are often prefaced with the caveat from the winery’s owners that “there is no need to ask ‘how many bottles can I take home?’ because the answer is ‘none’.” As Ms. Macinski reminds the participants, “this is truly an educational event.”

Organized vertical tastings are held at the winery approximately every two months throughout the year. Each tasting focuses on one wine from nearly the dozen different wines that Standing Stone produces. The most recent vertical tasting highlighted wines made from the Saperavi grape. 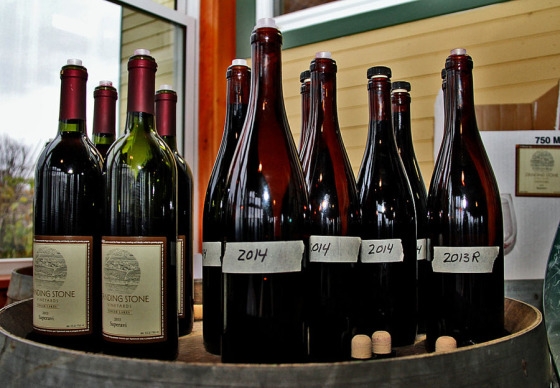 2012 – Dark, ruby color (similar to the 2010 and 2007 vintages). Predominant flavors of dark fruit (plum, dark cherry) with hints of red cherry, vanilla and red licorice. The acidity is more noticeable than the tannins at this point, but the wine appears to still be in the early stages of gaining maturity.

2010 – Labelled as “The Dark Red”, the wine is less fruit-forward than the 2012 vintage, and includes more organic (tobacco, leather) and yeasty notes. When it was poured, it was less approachable than the 2012, but additional aromas and flavors emerged as the wine opened.

2007 – A fully-mature wine, this vintage had the best balance and featured the most complexity. There was a slight grip to the tannins, but the primary (fruit) and secondary (organic) flavors were prominent and integrated throughout.

2005 – This was the initial Saperavi vintage for Standing Stone which included a miniscule thirty-six cases. Dark in color, but with a tinge of brown, this is a simple and straightforward wine. It has a grippy structure, with muted, dark fruit flavors. What makes this wine interesting is its role as a historical benchmark. 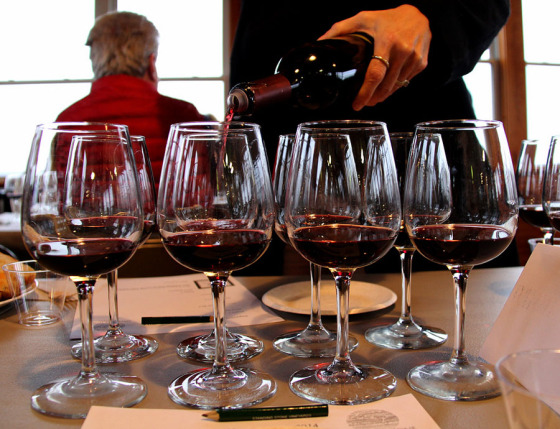 After a brief interlude that featured authentic Georgian food from Dano’s Heuriger on Seneca, a second flight of three newer vintages was presented:

2014 – Although this was “technically wine” as Ms. Macinski pointed out, it was clearly still in its infant stages. The wine had not yet gone through malolactic fermentation (ML), so the acidity was still very bright. Due to its young age, the flavors are still hard to distinguish, but there were some fleeting notes of hard candy and citrus.

2013 “Reserve” – This wine, which does not yet have an official designation, was made entirely of fruit from the eighty vines that composed Standing Stone’s initial planting of Saperavi. Although it is still developing, this is a lush, full wine with exceptional balance. It is packed with primary (plum, dark cherry, ripe strawberry) and secondary (vanilla, earth, mushroom) flavors. Production was limited to thirty cases.

2013 – Although this release has difficulty standing up to the “Reserve” release, it is a well-made (although still developing) wine on its own. It has an aromatic nose that is followed by a fruit-forward and slightly acidic flavor. Strawberry, red cherry and vanilla notes are present throughout.

As many experienced wine buffs know, a vertical tasting provides a great format for comparing and contrasting a wine across multiple vintages as well as among the individual releases within a vintage. And any time the tasting features a lesser-known, but potentially promising grape like Saperavi, the opportunity is more appealing.

The vertical tasting series at Standing Stone Vineyards is a favorite among wine enthusiasts and provides a new and different way to experience wine from the Finger Lakes. If you are like me, you might come for the tasting, but you might also leave with an education.