Matthew Spaccarelli speaks with the cautious optimism of a man who feels confident about what’s ahead on the sea of life. Knowing the risks and prepared to seize the opportunities. It has been ten years since he and his father, Victor, took ownership of Benmarl and five since he fully assumed the helm and for that matter engine room, as general manager and winemaker, of this storied Hudson Valley winery.

Matt wonders about the claim that Benmarl is the America’s oldest winery, it may or may not be true, nevertheless he is very happy to be working lands that have produced wine since the 17th century.  He is also humble, and grateful for all the generous help he has gotten from his fellow New York growers and winemakers, in becoming the excellent vintner he is today.

This past Sunday I spent an easy couple of hours with Matt and his father, Victor.  I toured the vineyard, the cellar, enjoyed the fantastic view of the valley and of course tasted and talked about their wines.

Do you know what gets me really excited? It is when I see winemakers taking gradual but innovate steps to create more interesting and pleasurable wines. Taking a risk, but adhering to proven fundamentals of their craft.  I am thrilled when I taste these wines and look across to whoever I’m drinking with and say with a subtle smile “this is really good wine!” I had that expression more than a few times during my time here.

All lot has happened since 2006. Benmarl is now making all their wines with 100% New York grapes; production and sales have grown by close to 400%. In 2010 Matt fully embraced the role of winemaker, creating 16 different wines last year. More recently a new member of the family arrived, baby Maggie. As well as a lovely flock of Babydoll sheep.

Matt shared with me that he has learned a lot over the last five years while seeking to master his craft and operate a profitable winery. He has nurtured his vineyards, and built deep relationships with his growers on the North Fork, the Finger Lakes, and of course the Hudson Valley. As well as continually improving their cellar. I see that all this has brought about a greater potency to this winery. We tasted some very good wines to prove it.

About those Babydoll sheep, they are just one of the many ways Matthew is using contemporary viniculture practices in his quest to make really good wines. Proven as having great benefits to the vineyards in dryer climates, like New Zealand and California, Matt has found a way to use grazing sheep to help his land and vines here in New York.  These adorable sheep are also quite popular among the guests. Another fun addition to the winery is Victor’s new wood fired brick pizza oven. Made with antique bricks from his father’s home.  I savored some delicious slices with the wine. 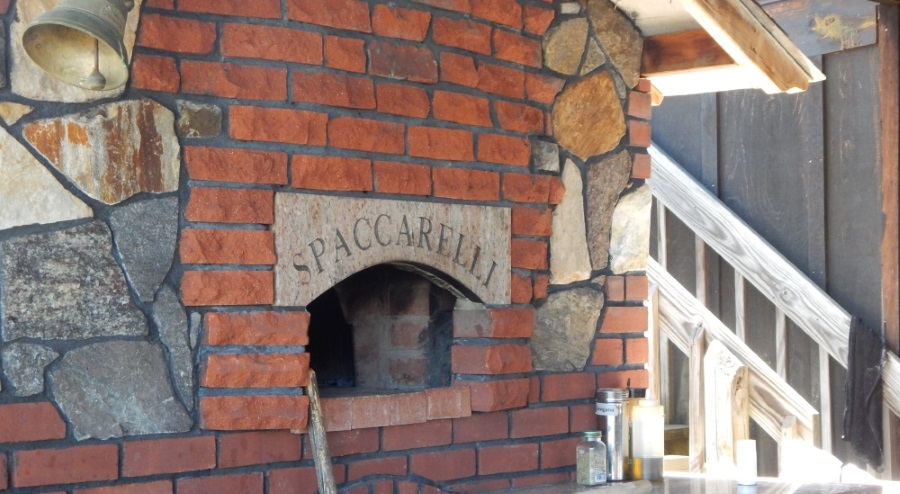 Benmarl wines have enjoyed the favorable focus of wine writers and critics for some time. I think the wines here are reaching a whole new level as Matt has gained the knowledge and confidence to try new techniques.  I tasted two new, yet to be labeled, 2014 Sauvignon Blancs, made with grapes from two different growers on the North Fork. Both crisp and alive, but having very different profiles. One will be part of the Benmarl repertoire, the other a part of a new announcement we will be hearing about soon. It is interesting, the next day I had a bottle of the vastly popular Nobilo Sauvignon Blanc from New Zealand. It was very good, but not nearly as appealing to me.

While innovating, Matt holds on to Benmarl tradition, I also tasted the current release of Proprietor’s Reserve, Victor’s favorite wine, and their top offering.  A luscious Bordeaux style blend with a made with New York personality. And of course Marlboro Village White, which in my sentiment represents and embodies the best of New York white wines, Seyval Blanc and Traminette two grapes that love the climate here. What I like to call Vin d’Nouveau York for their fond likeness to the great wines of northern France.

Making wines true to the Hudson Valley terrior is a deep part of Matt’s ambition. It is tough in the capricious New York climate we live with.  Yet, he is making it work, to a great degree Matt says “from all the freely offered help he has gotten his fellow New York growers and winemakers.” It is a great cooperative community. 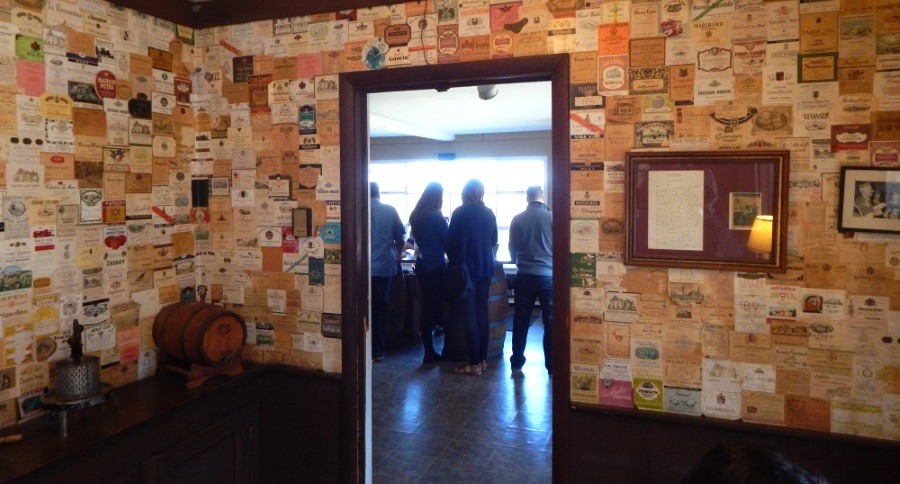 One of the Benmarl Tasting Rooms

Allow me to offer two elements of proof. First the numbers.  Production and sales keep growing year after year, the “Great Recession” notwithstanding. More guests and patrons visit and return more often, in the case of the fall harvest grape stomp event an increase of about 10 times. Production has risen by about 400% of what it was in 2006 when just a handful of wines were made, last year 16 different wines were bottled. The Benmarl Wine Club membership has swelled and is an important part of the wineries viability.

For the second point, let’s get back to the aromas and tastes of the wine, as the numbers certainly don’t tell all.  In addition to the wines we enjoyed with Victor’s pizza, at a sunny table out on the picnic grounds, Matt invited me to the cool cellar to preview some coming attractions. We tasted two recently pressed merlots and two cabernet francs, from the barrels to glass, with the long glass tube they call a wine thief. This juice shows such great promise.  It will be blended and bottled this year. Matt has crafted these wines with the hope to make their enjoyment an exceptional new experience. I looked forward to enjoying them this fall.

Tasting Wine from the Barrel with a Thief

About ninety percent of the wine made here is sold at the winery and through the club. It is like many of the better small wineries in Italy, you have to go there to get the best stuff.  However, recognizing the growth potential in broader distribution Matt and partner Casey have some things in the works that will be announced soon.

Benmarl’s next ten years promise to be fabulous.

In closing I would be remiss if I did not mention the incredible beauty of the Benmarl location. I felt like I was in Italy as I motored up the windy road and driveway to the winery. Upon arrival be prepared for a breathtaking view from the high perch looking down upon a wide expanse of the valley. There are two welcoming tasting rooms, and grounds to wander and with tables to enjoy the food and wine served here. It is also a remarkable venue for weddings or special events which Matt and his crew happily accommodate.