If you’re going to name your prestige wine Musée and put a Chuck Close daguerreotype on the label, where better to launch it at The Modern? Last night Bedell Cellars hosted a party to officially introduce their newest, top-of-the-line cuvée. A blend of 78% merlot, 17% cabernet sauvignon, and 5% petit verdot from the Wells Road and Bedell Estate vineyards, the wine is aged for 15 months French oak, half of it new.

Soft and supple with well-integrated oak and notes of plum and cocoa, the wine is incredibly easy to drink. (The alcohol comes in, thankfully, at a moderate 12.9%.) I only wished the wine had some more structure and presence. I’m all for subtlety, and on one hand, it was delightful to stand around sipping this wine for an hour, accompanied by the occasional wild mushroom puff pastry canapé.

On the other hand, at $65 I’m looking for something that stops conversation and makes me think. We all have our dollar threshold above which we demand that sit-up-and-take-notice quality. Mine is probably a lot lower than that of last night’s party-goers (including Michael Lynne, Bedell’s owner and Co-Chairman and Co-CEO of New Line Cinema, Hamptons magazine publisher Debra Halpert and restauranteur/all-around mensch Danny Meyer), but I’d guess not so different from that of the average well-informed Long Island wine lover and LENNDEVOURS reader.

It’s not going to displace the gutsier Reserve Merlot as my favorite of Bedell’s consistently strong offerings.

I chatted with the director of operations at a private club who said he could easily sell the wine to his upscale clientèle. We thought it would be particularly successful by the glass, given its mellow fruit and very soft tannins.

In fact, that’s exactly what The Modern has in mind. The restaurant’s energetic wine director, Belinda Chang, says they’re putting it on their tasting menu to accompany a squab dusted with cocoa powder, a smart pairing that would no doubt bring out the best in the wine.

Finally, I hate to bring the snark – and I’m only mentioning it because Bedell obviously took a lot of care on the label – but am I the only one who thinks these two look oddly similar? 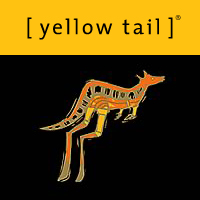