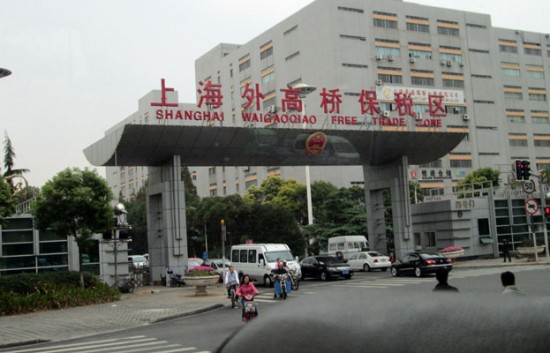 This was not at all the culture shock I was expecting as most of our group arrived at Shanghai Pudong Airport early midday Tuesday. This first day was to get acclimated to the drastic time difference – we lost exactly twelve hours on the way over, so dinner for us was around six in the morning.

The city is a stunning mix of hyper-modern and classical, with no sign of the overcrowding one might think exists. Streets are wide and fast, populated by an odd mix of scooters, mini-bikes, bicycles, container trucks, and Audis…lots and lots of Audis, as well as BMWs, Benzs, Buicks and many luxury cars. Driving rules seem not to exist at all, yet this country is remarkably orderly and sensible. And the people we met were lovely, dedicated professionals, and so pleasant. This could have been any larger city in the world, but it just so happened to be the largest city on Earth and 23 million people live here.

A twenty-course meal of remarkable Chinese specialties you would never see in your local Chinese restaurant was our greeting (and only the first of six enormous meals just like it.) Pigs ears, duck tongues, pig stomach, eels, tiny chicken eggs, astonishing fish preparations, squid, chicken feet and jellyfish (!), beautiful vegetables and tofu, and lots and lots of beer made us decidedly full all time and ready to discover just what it was we were doing here at all.

Our group sent a few hundred cases of our New York wines ahead of us a couple of months ago and the first morning we were on our way to visit it in its new home at the Waigaiquo Free Trade Zone. Offices and exhibition halls for the wines of Southern France, large Italian concerns, Wines of Portugal, and many others dotted large office buildings set up like wine shops, but whose customers were only the trade. Seeing a pavilion, especially a permanent one dedicated to the wines of NY was thrilling and naturally many pictures were taken. An amazing 70% of wine revenues issue through this Trade Zone.
We sat with the Dean of the United States Consulate in Shanghai who explained to us the staggering vastness of the market we were looking upon. This city imports one million tons of soybeans (a lot from the U.S.) per week. That is twenty ships per week. Important to us in the wine business, China adds another full-service, five-star hotel every week as well.
Today the Chinese market for wine is RMB70 billion (USD10 billion) and is projected to reach RMB150 billion by 2016 –of this 40 billion is imported wine and 70% of that is French. To quote the director of the Shanghai Wine Exchange (more on that tomorrow) when the day comes that one billion Chinese are drinking wine there wont be enough made in the world to satisfy their demand, never mind the rest of the worlds demand.
What does this mean for us? Well, anyone paying attention has to realize that this is good news for the world’s vineyards. Demand builds price and protects investments.
Culturally, as I mentioned in my first piece prior to this trip, wine still isn’t a daily drink nor is it common in the home, but somethings are beginning to take hold. Right now the spirits market in China is RMB500 billion — more that six times greater than wine — which bodes well for wines growth as it displaces that market in the home, as a celebration, and for gift giving. Spirits still dominates but wine is growing fast. It is BIG business over here and getting bigger.
Our group has joined with the New Yuan Shanghai Trading Company which has the very distinct advantage of existing with the support and sponsorship of the local government. This is a very important distinction since the legitimacy of the venture and the sustainability is guaranteed, and they possess the means to move product through customs with a minimum of hassle, whereas independent distributors cannot claim the same ease of doing business and safe financial transactions — although several strong and well run independents exist of course. 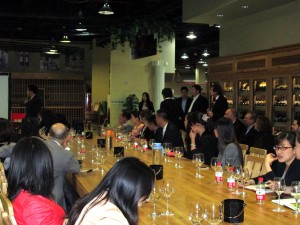 Our group here in China (the NYSWO) is dedicated to the promotion of just New York wines for a period of three years, during which time we are introduced to buyers and distributors  both in Shanghai as well as elsewhere in the country.  After attending a tasting of a handful of wines with the relatively young wine buyers we saw just how open to the idea of New York wines they were, and appreciative and understanding that our style isn’t at all similar to California or other wines from the United States.
There are no preconceived notions about our relative quality, nor are there prejudices for or against hybrid grapes. Here, in China, we are an exotic import — the prestigious New York appellation being accepted for what it is exactly — we are unique, and diverse, small, boutique-y and rare. What this keeps coming back to is education of the Chinese consumer, but also the educating of the trade members who really know nothing whatsoever about us.
Tomorrow, more on China including the Shanghai Wine Exchange,  and Nantong City’s government officials.