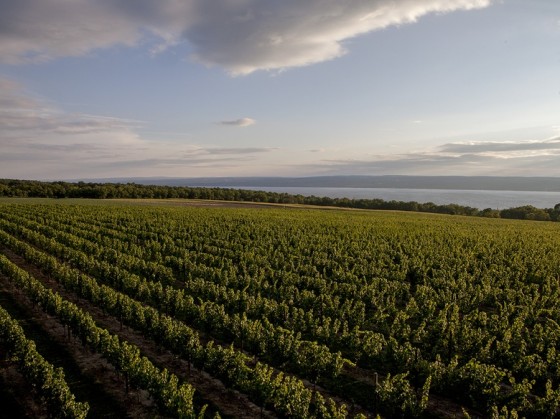 Some time around the first of the year, word started to spread in Finger Lakes wine circles about a remarkable new website for a winery most people had never heard of. Within hours, questions were flying:

Who did that amazing photography?

What is Boundary Breaks?

With a little digging I was able to uncover some answers, but only after the owner secured a promise from me not to reveal his identity. It’s not that he’s a celebrity — you’ve almost certainly never heard of him — but he has business reasons to keep his name out of the proceedings, for now. I agreed, picked up the phone, and learned in half an hour that Boundary Breaks is on a fast track to success.

Before you read further, let me urge you: If you haven’t seen the website that has so many people talking, click here now. Do it. You’ll find yourself asking why most other wineries don’t simply scrap what they have and follow this model.

What is Boundary Breaks? 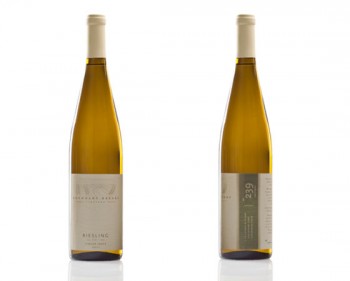 There is no tasting room (yet), and you have to work hard to find the wines (for now). But Boundary Breaks is a new Finger Lakes winery with its own vineyard acreage on the east side of Seneca Lake.

Boundary Breaks will only make riesling.

“This area has simply broken out with riesling,” the owner told me. “I can’t think of anything better than pursuing the best riesling we can grow and make.”

In 2008, the BB team started the groundwork on a 120-acre farm, planting six acres of riesling. Another six acres of the variety went down in 2010. The vines are situated on sloping land between two drop-offs, a kind of space between ravines, or boundary breaks.

The owner sought out help from longtime regional pros, including the Fox Run team of Peter Bell, Tricia Renshaw, and Kelby Russell. That trio made the 1000 cases of Boundary Breaks wines from the 2011 vintage. When Russell took a job at Red Newt Cellars, the Boundary Breaks owner turned to Ian Barry of Villa Bellangelo to help fill the gap in 2012.

“I’ve been a businessman,” the owner said. “I’m not used to the collegial atmosphere. Everything I had heard about collaboration was true. So I don’t want to disrupt anything. I just want to fit in.”

Boundary Breaks has started out with four rieslings: a dry bottling, two semi-dry bottlings, and a  reserve riesling that resembles the late-harvest wines made at Hermann J. Wiemer across the lake. The reserve will sell for $30; the other three rieslings check in at $20.

But where to find them? The owner expects a third of the wines to be sold in the greater Finger Lakes region through restaurants and, eventually, retail outlets. The remaining two-thirds will be sold downstate, where the owner has connections and an eye toward higher-end Manhattan locations.

Boundary Breaks hired Brooklyn-based photographer Noah Kalina. The result is a website focusing on images, with just enough language to convey the goals and details without ever sounding condescending or hyperbolic. Kalina’s photos set the tone.

“I want the entire team to be featured and celebrated,” the owner told me. “Noah captured what we’re all about. It’s people working in a special place.” A web designer in New Zealand laid out the simple, compelling structure for the site.

Website visitors will find a heavy emphasis on the land at Boundary Breaks. The owner hired a team to do “a lot of soil preparation, and we’ve been very focused on clone selection. We’re trying to discover whether single clones give unique, discernible character. We’ll see.”

While flowing with gorgeous imagery and helpful information, the website offers nothing about the owner. I tried to crack that mystery.

Who is the owner?

Staying within the boundary of our agreement, I can say the owner is new to the wine industry, but not new to wine. He had deep appreciation for wine from around the world, and has spent years in California. He grew up in Syracuse, has moved around, and wanted to return with a kind of passion project. It’s a project that could take him into retirement, but he’s not there yet.

He lives downstate but spends just about every weekend in the Finger Lakes. “I’m a seven-day-a-week guy,” he told me. “I love the work.”

It didn’t take long to uncover his business savvy. He hired strong, top winemakers. He’s not planting a melange of mediocre-performing varieties. He’s looking to Manhattan for sales success instead of being boxed into a tasting room model. And he’s humble.

“An area earns a reputation collectively,” he told me when I asked if he was hoping to make a loud splash with his first vintage. “Any one producer is not enough to lift the rest, whether it’s an established winery or someone new trying to make some noise. It’s better to simply work hard and try to fit in.”

Boundary Breaks appears to be the only Finger Lakes winery making only riesling. The owner doesn’t expect to change that.

In the coming weeks, the NYCR team will taste the Boundary Breaks wines. Lenn Thompson will offer his reviews. Regardless of how they show, there should be excitement about a new producer who has arrived with a laser focus. Springsteen has tried acoustic projects, but he knows his finest work is in good old rock-n-roll. The Finger Lakes has become known for its riesling, and Boundary Breaks will not be shifting the focus. And when this mystery owner finally feels comfortable introducing himself, he ought to find a region extending a hand of welcome to a man with an ambitious new take on how to make classic rock sound even better.