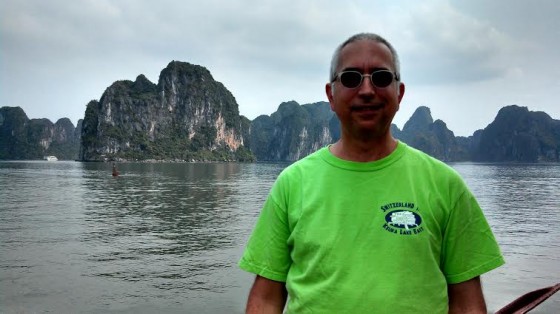 You’ve probably seen the name “Paul Z” in the comments here on the site. He’s been a reader for several years and is an enthusiastic local wine lover. His full name is Paul Zorovich, and now he’s joining the NYCR staff — eventually joining Evan’s Finger Lakes-based team once he and his wife move there later this year.

Paul is a New York City native but grew up on Long Island, where even though his father bought bottles from Hargrave Vineyard’s first several vintages, the family wine experience tended toward Gallo Hearty Burgundy. It wasn’t until he met his current wife and her family that he developed a taste for Bordeaux and riesling.

Despite attending Syracuse University, Paul somehow remained unaware of the Finger Lakes until he passed through the area on the way back to New York City from Niagara Falls with family;  he and his wife instantly decided that they wanted to live there full-time. While they searched for the perfect property they visited almost all of the wineries on Keuka Lake and a good number of the ones on Seneca Lake.  (Cayuga, you’re next.)

Paul is the family cook, and most of the people he’s cooked for are still alive, so that’s good.  When he’s not at his day job as a Human Resources trainer, he spends his time trying to get on “Jeopardy!” (THIS year they’ll call…), singing in various choral groups, and wondering why he’s still a fan of the Knicks and Jets.