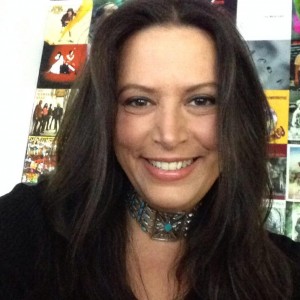 Over the last year or so, there has been an explosion in the creation of wine-related infographics.  Unfortunately, most of them are simplistic to the point of not being useful (or to the point of no longer being accurate) and there certainly aren’t any focused on New York’s wine community.

But how can NYCR dive into that when our artistic abilities are limited — at best? Get a professional to join the team!

I’ve known Katie Pizzuto for many years, though we’ve only tasted wine together once or twice. Her blog Gonzo Gastronomy is one of the best written ones out there though and I’ve long admired her writing.

And then recently I remembered that she’s an art director in her non-wine life. A few emails back and forth, and here she is, joining the team to help get us going on some New York-related wine infographics. I’m hoping that I can convince her to do a little writing as well — maybe helping out with the Hudson River Valley beat.

Katie graduated from Pace University in 1993 with a BA in Literature and Communications. She worked at Wine Enthusiast magazine for two years while in college, and that is where she began her love affair with wine. After graduating, Katie pursued a career in graphic design (and is now an Art Director), but continued to travel, explore, learn and write about food and wine, starting her blog Gonzo Gastronomy in 2008, which is now respected as being one of the best-written wine blogs on the internet.

Katie is a contributor at Mutineer magazine, is a certified as a Spanish Wine Educator (by the Wine Academy of Spain), and is a member of the Wine Century Club, after having tasted 100 different wine varieties. She has also freelanced for Wine For All as a wine educator since 2007, pouring and teaching at private events in the Tri-State area.

Not only is Katie an experienced food/wine writer and a passionate educator, but she’s also been a musician and “music geek” since childhood. Because she draws so many parallels between the artistry of cooking, winemaking and music, she repeatedly makes musical references in her writing, particularly in quoting a relevant song lyric to use as a title for each of her pieces, be they magazine articles or blog posts.

Please join me in welcoming our newest contributor.