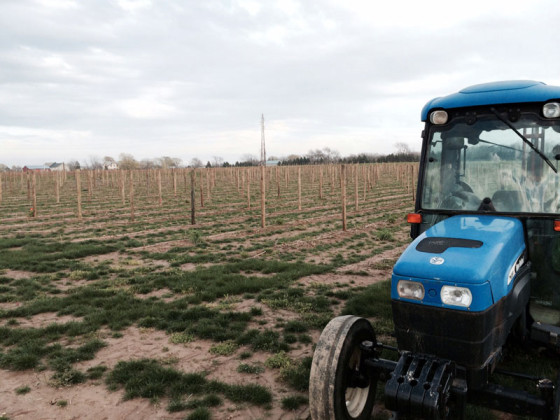 At their core, Kickstarter campaigns are about two things — garnering attention and getting funding for whatever project it is that you’re undertaking.

By most any measure, Southold Farm + Cellar‘s campaign in early 2013 was a success on both counts, well exceeding its monetary goal and resulting in nearly a dozen articles in various publications — including the Wall Street Journal. The campaigns message, distilled down for and by today’s soundbite media culture became “We’re doing weird grapes because merlot and chardonnay are boring.”

Regan Meador, who co-owns the winery with his wife Carey and makes the wines, is partly to blame for that over-simplification of the couple’s plans and goals. The video he created for the Kickstarter campaign includes lines like:

“Because seriously, who needs more Chardonnay and Merlot?”

“…there are over 1 million acres of Chardonnay and Merlot planted in the world. Enough said.”

And, then there’s the winery t-shirts emblazoned with “I like weird grapes” offered to supporters who donated $75 or more.

Regan was quickly labeled by some as “anti-merlot and chardonnay” and became known as “the guy planting weird grapes.” Of course it’s not that simple. Not by a long shot.

Make no mistake, he has planted weird grapes, at least by North Fork standards — teroldego, lagrein and goldmuskateller. But also syrah, which isn’t “weird” at all.

And perhaps ironically, when Meador releases his first wines later this month, the grapes will be familiar to Long Island wine lovers — chardonnay, merlot, cabernet franc, malbec and pinot noir.

Does Meador regret all of the variety rhetoric from the Kickstarter campaign?

“It was a nuanced opinion,” he told me, adding “Nuanced opinions don’t work well in news stories, but yeah, I could have been more clear.”

After spending some time with Regan, tasting his new wines and talking about his goals, it’s clear that he doesn’t hate merlot, chardonnay or any other grape. He just wants to explore — not just other grapes, but other ways to use the grapes that are already popular here.

“Merlot is the third-most planted red grape in Italy, but no one really talks about Italian merlot. Just because it’s in the ground doesn’t make it the best or most interesting grape,” he said.

Regan wants to find what works best on his farm — what will be delicious and distinctive. “What we’re doing here is a long-term exploration. And we’ll be the first to change over to other varieties if something works better or doesn’t work at all,” he added.

Because his own vineyard isn’t producing grapes yet, Regan purchased fruit from other growers in 2013, including Rex Farr, owner of The Farrm, Long Island’s only certified-organic vineyard. To round out his initial portfolio, he also purchased some not-quite-finished sparkling wine from the now-closed Peconic Bay Winery. 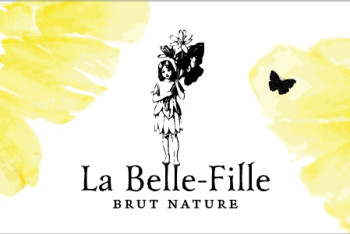 That sparkling wine, which was disgorged without dosage has become Southold Farm + Cellars La Belle-Fille ($36). 100% pinot noir, it is fresh, dry and apple-y with a subtle yeasty pie crust quality. The name is a nod to the wine’s origins. It means “the stepdaughter” in French.

Easily the most the most unique wine in the lineup is Southold Farm + Cellars Damn the Torpedoes ($28) a sparkling red blend of 62% merlot, 20% pinot noir and 18% petit verdot. Sealed under crown cap, it is lightly frothy more than sparkling, it’s dry with crunchy black and red fruit flavors, brown spice, plum skin and subtle skin tannins. There’s a youthful, fresh-grape quality here that is reminiscent of the way a winery smells during harvest season. I’ve taken to calling it LImbrusco and plan to chill it lightly and serve it with burgers regularly this summer.

Southold Farm + Cellars 2013 The Devil’s Advocate ($26) is 100% musque-clone chardonnay grown by Steve Mudd on the North Fork. The most ‘natural’ wine in the lineup. After just over a week of skin contact, the wine went through and on-and-off ambient yeast fermentation in 230-gallon casks that lasted a few months. When I tasted it, it hadn’t seen any SO2 — and it may not at all — and it’s one of the most unique expressions of Long Island chardonnay that I’ve tasted. It’s a broad, mouth-filling wine with ripe, rich and round tropical fruit character accented by notes of peach and white flowers. There’s a creaminess on the mid-palate but the wine retains enough verve to balance its weight.

Concentrated yet extremely vibrant, Southold Farm + Cellars 2013 Cast Your Fate to the Wind ($32) is made with 100% cabernet franc from The Farrm. It spent seven months in another of those 230-gallon casks and shows intense black and blue fruit with surprising complexity for such a young wine, layering notes of cinnamon, iodine, coffee bean and just enough herby -tomato leaf character to remind you that this is cabernet franc. Obviously a very young wine, there is a youthful, fresh-grape edge. The palate ripe but energetic and well balanced with a lingering finish of fruit and licorice.

This is the star of the rookie portfolio — and there are only 100 cases of it.

Starting in mid-June, Southold Farm + Cellar will be open for tasting noon to 6 p.m. on Saturdays and Sundays and by appointment the rest of the week.