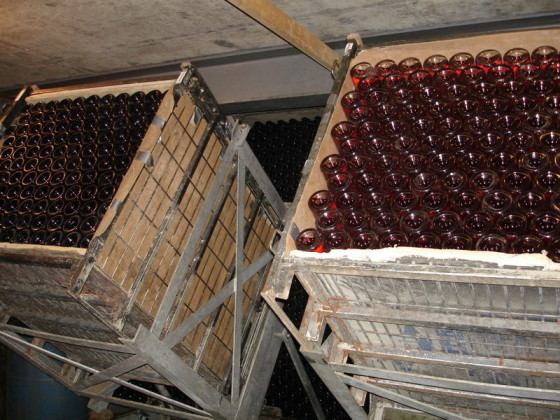 The Finger Lakes can make a statistics-based case for being the most balanced wine region in the country.

And how much more would you pay for scarcer, single-vineyard wines?

Those three themes fill out our newest edition of “Finger Lakes Wine By the Numbers.” The purpose of this series is to provide a quantitative view of the Finger Lakes wine industry based on a survey of wines offered by Finger Lakes wineries on their websites.

The introductory post presented information on three aspects of the industry:

In this next installment of Finger Lakes by the Numbers, we will take a look at three more results from the survey along with comparative data from other wine industry sources.

A Balanced Approach
As was noted in our first “Finger Lakes by the Numbers” post, riesling is the most widely produced wine in the Finger Lakes. Eighty-eight percent of the wineries in our sample produced at least one riesling wine, while many produce two or three. But despite the ubiquitous nature of riesling in the region, the Finger Lakes has much more to offer. While the region was once known almost exclusively for the production of riesling and other white wines, today the number of red wines that can be found in most Finger Lakes’ tasting rooms is approaching the number and variety of white wines offered there.

The wineries in our sample offered approximately eight different white wines (including white varietals and white blends) on average, while the average number of red wines (varietals and blends) was nearly six (the average number of “other” wines include port-style, sparkling, fruit, etc. per winery was approximately three for a total of nearly seventeen wines per winery on average). Based on data from the 2014 Direct-to-Consumer Wine Shipping Report, the production of red wines in other major wine-producing regions in the United States overshadows the level of output for white wines by a ratio of nearly three-to-one in those regions. Based on that data, it could be argued that the Finger Lakes region has the best balance between red and white wines across all major domestic wine-producing regions.

In our sample, Keuka Lake wineries offered the highest average of red wines (nearly seven per winery) as well as the highest overall average total at slightly more than twenty wines per winery.  The winery that offered the most red wines was Bully Hill Vineyards (Hammondsport, NY) with fifteen different red varietal and blended red wines.

The Single-Vineyard Wine Debate
One area of the wine world that generates a significant amount of discussion is the emergence of single-vineyard wines within the United States. A frequent and often controversial component of those discussions is the associated premium pricing of those wines.

Single-vineyard wines, which are also known as vineyard-designated wines, are historically fundamental to the French wine industry but are a relatively recent introduction in the United States. The U.S. trend began in California some time in the late 1960s or early 1970s as a means to add prestige to high-end wines. Today, single vineyard wines representing a wide range of grape varieties are produced in all major domestic winemaking regions.

Joe Ellis is a certified sommelier and wine consultant for one of upstate New York’s largest wine retailers. He feels that while the upstate New York wine market is generally price-sensitive, which makes single-vineyard wines unattractive to some consumers, there are situations where the differentiated pricing can be beneficial. “Our typical wine buyer is very price-conscious and usually won’t spend more on a higher-priced, single-vineyard wine unless it’s something that have had previously,” Ellis said. “But we also talk to a number of customers who are looking for a wine to give as a gift or take to a party. When they see a more expensive, single-vineyard wine sitting next to a similar (but non-designated) but less expensive wine, the higher price tells them that there is something special about the single-vineyard wine and they usually buy it because that’s what they’re looking for – a special wine.”

Sparkling Wines – Not Just for Special Occasions
They are versatile and food-friendly wines, and range from fruity and sweet to bone dry. Although they are frequently associated with special events and occasions, they are, on average, very affordably priced. And some would say they are the most overlooked wines in the region. All of these descriptions apply to sparkling wines of the Finger Lakes.

Sparkling wines made up a little more than four percent of the total wines in our survey (nearly identical to the percentage of Blush/Rose in the sample). The area with the highest percentage of sparkling wines was Keuka Lake, where they made up seven percent of the total wines from the area surrounding the lake. Of Keuka Lake producers, Pleasant Valley Wine Company had the most sparkling wines in the survey with six different wines (excluding bottling size variations).

Even at the high end of the price range, Finger Lakes sparkling wines are priced modestly. The highest price for a sparkling wine in our sample was $39.95 which was exceeded by thirty-one other (non-sparkling) wines.

With a combination of exceptional and affordable prices, Finger Lakes sparkling wines offer outstanding value. As sparkling wine producers often say, there is no need to wait for a special occasion to give one a try