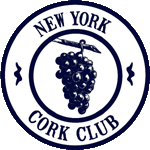 It’s been some time since I’ve written anything about the New York Cork Club here on LENNDEVOURS. I used to mention it once a month as we were sending out the wines, but I stopped because I wasn’t sure if non-members cared. Actually, I doubt they did.

But you know what? I love this club and it’s something I’m really enjoying working on. And, it’s something that I’d like to see succeed, because there really isn’t another club like it.

There are some other lesser New York wine clubs out there, but they seem to sell their members end-of-vintage wines and wines that are available at least somewhat widely. The NYCC is different. I’m scouring the state for the best, most interesting and most unique wines available. Many of these wines aren’t available anywhere but at the wineries themselves…or through the New York Cork Club.

I know that several of you have thought about joining but weren’t sure about it. If you’re not sure, give it a shot for a month or two and see what you think. If you don’t like it, you can cancel at any time. If you do like it, I hope you stick around for a long while. And, we’re offering these wines at lower prices than buying them direct from the winery now, so that’s a bonus.

I can’t tell you what wines we’re sending in April yet (though I can tell you that one is from a new Finger Lakes winery and one is from a tiny little Long Island producer), but I highlight some of the most interesting ones from recent shipments:

Now, I’m working with some of New York’s best known producers to dig deep into their libraries and pull out some older vintage wines that aren’t even available at the wineries anymore. Stay tuned for those.